At Spectra Food Services and Hospitality, our approach to corporate event catering is to ensure our food reflects the flavors, quality and authenticity of the many fine restaurants in Atlantic City. Our chefs love creating custom menus to fit your one-of-a-kind event.

We handle each event as if it were our own, providing all the ingredients for a dazzling event. Spectra Food Services and Hospitality is skilled at creating custom menus for small gatherings, galas for large groups and corporate event catering.

Be sure to peruse our sample menus as inspiration for your event!

Our excellent culinary program, served in a fabulous space with various decor options, will make your event one to remember.

Your guests will rave about their experience long after the event ends.

Contact one of our seasoned event planners to learn more about corporate event catering and to schedule your private tasting and tour! 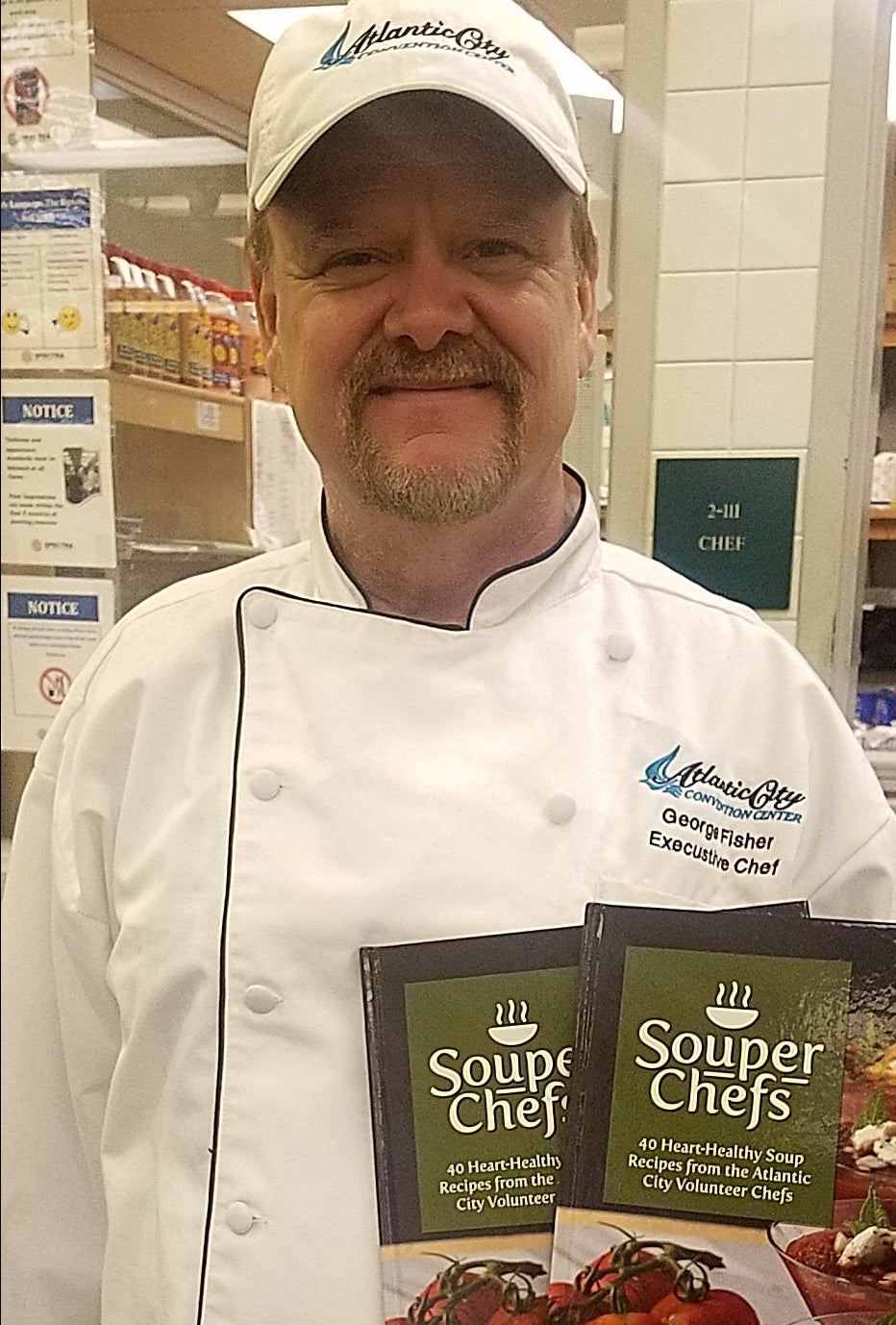 Spectra's George Fisher is the Executive Chef of the Atlantic City Convention Center and Historic Jim Whelan Boardwalk Hall, where he specializes in high volume dining and has over 35 years of experience in the culinary field.  He is in charge of all convention banquets and concession stands at both venues.  Banquet functions include the 4-day Miss America Pageant, the Atlantic City Host Awards Dinner, the US Food Show, back stage functions for national touring acts, and more.

Fisher attended the Academy of Culinary Arts and Atlantic Cape Community College and previously oversaw operations at the Golden Nugget, The Trump Marina, the Asbury Park Convention Hall, and more.  In addition, he served as the executive chef for Rowan University at Compass Group and hosted Governor McGreevy’s Inaugural Ball.

He is a member of the American Culinary Federation and the Professional Chefs Association of South Jersey and is highly involved in the local community.  With the support of local vendors and volunteers, Fisher oversees the preparation of over 2,000 Thanksgiving and Christmas Dinner meals for the Atlantic City Rescue Mission, The Salvation Army, Sister Jean’s Kitchen, and the Ronald McDonald House.

The Professional Chef's Association of South Jersey named Executive Chef George Fisher the “Chef of the Year” in 2019.   He was also recognized by the Advisory Board of the Salvation Army – Atlantic City Corps Community Center for his outstanding contributions to the work of the Salvation Army at the 2017 Civic Awards Luncheon and with a General Assembly Commendation by Assemblyman Chris A. Brown for 2017 Award for Outstanding Contributions and the Certificate of Special Congressional Recognition by Frank A. LoBiondo.

Fisher currently resides in Tuckerton, NJ with his family and enjoys spending his free time fishing and playing the drums in a local band.