Historic Boardwalk Hall has played host to a sparkling list of dazzling entertainers and knockout sporting events throughout its 91 year history. A premier entertainment spot for visitors and residents alike, this unique seaside arena has helped to uphold the city’s new slogan “Do AC” by bringing exciting events into Atlantic City in addition to their already stellar variety of offerings. 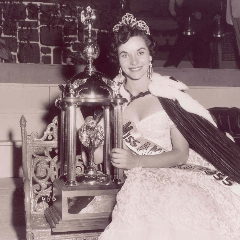 Built in 1929 to host the city’s growing convention industry, the historic Hall was touted an architectural marvel at that time. With its large 137 foot-high barrel vault ceiling, the Atlantic City Convention Hall as it was formerly known, laid claim to the world’s largest clear span space during that period.

Boardwalk Hall takes pride in a number of firsts. In 1930, it hosted the nation’s first indoor college football game; in 1940 the Hall became the home of the Miss America Pageant; from July 1942 until November 16, 1945 the Army Air Forces used Convention Hall as a headquarters and training facility during World War II; in 1964 the venue housed more than 20,000 visitors to the 1964 Democratic National Convention, the setting of Lyndon Johnson’s nomination; the country’s first indoor helicopter flight was made here in 1970, and Boardwalk Hall was listed on the United State Register of Historic Places as a National Historic Landmark in 1987. 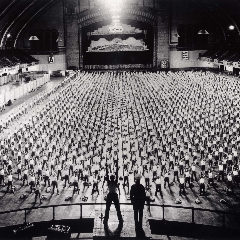 In December 1998 the facility began an extensive three year, $90 million renovation and restoration that would transform the building into a modern special events arena capable of variable seating for up to 14,770 people. In 2001, the new, more modern Hall was unveiled with much fanfare. Renamed “Boardwalk Hall,” the building was officially re-opened with a moving patriotic ceremony held on October 11, 2001 to honor those who serve and protect our country, state and communities.

The innovative renovation received nine architectural and engineering awards, including the 2003 National Preservation Award and Design and Construction magazine’s 2002 Renovation Project of the Year. 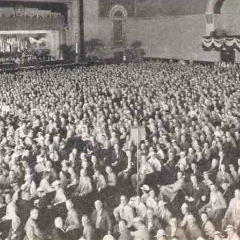 Since 2003, leading trade publications Billboard magazine and Venues Today have recognized the Hall as either the top grossing mid-sized arena in North America or the World.

In October 2017, The state Senate approved legislation to dedicate Atlantic City’s Boardwalk Hall in honor of state Sen. Jim Whelan, the former mayor and state lawmaker who passed earlier in the year.